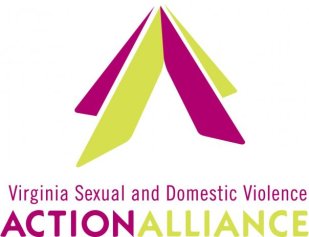 Listen to the episode here

We interviewed Kristi before it was announced that she is this year’s recipient of National Award for Excellence in Advocacy
We want to congratulate her on this exciting news!

Kristi has been named recipient of the 2014 Diane Reese Excellence in Advocacy in the Movement (D.R.E.A.M.) Award by the The National Network to End Domestic Violence(#NNEDV).

The DREAM Award honors excellence in advocacy in the domestic violence movement, and is presented to an individual each year who exhibits outstanding commitment to human dignity, social justice, and advocacy for ending domestic violence. The award is named posthumously for Diane Reese, a leader in the West Virginia
Coalition Against Domestic Violence for 14 years, and champion for numerous statewide and national projects to improve services for battered women and their children.

“Kristi VanAudenhove has committed her life, personally and professionally, to advocating on behalf of survivors of domestic and sexual violence and their children. Through her work, friendships, and family life, she has demonstrated the spirit and practice of true advocacy in all aspects of her life,” noted Angela Blount, Action
Alliance Governing Body Facilitator.

Over the past decade, VanAudenhove has paved the way for Virginia to become a national leader in its primary prevention work, inspiring others through innovative programs and initiatives. She has provided guidance and leadership in developing age- and developmentally-appropriate services and prevention programming for youth
that are models within and outside the Commonwealth. In addition, she currently leads the National Intimate Partner Violence Prevention Council Steering Committee.

“Kristi is so immeasurably deserving of this national recognition,” said Blount, “On behalf of the Action Alliance Governing Body, staff, and membership, I can say that we are so thrilled.”

Kristi will be presented with the DREAM Award at the 2014 National Network to End Domestic Violence Coalition Roundtable Conference in Portland, Oregon, October 22-23.

Drop Kristi a line at directors@vsdvalliance.org and congratulate her on receiving this national recognition!

Need to talk to someone: Call the Virginia Family Violence and Sexual Assault Hotline: 800.838.8238